Please ensure Javascript is enabled for purposes of website accessibility

Hmm... Seems like you’re using an unsupported version of IE. To ensure smooth shopping, please try on a different browser or use your mobile phone. Thanks!

$75.00
SKU
SJOASOFWSEC
In stock
Skip to the end of the images gallery 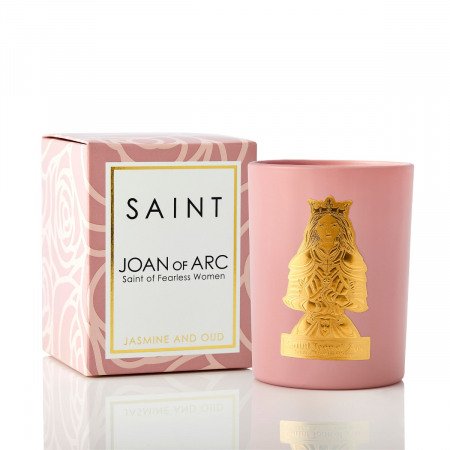 Skip to the beginning of the images gallery

Saint Joan of Arc is a heroine remembered for her courage and fearless pursuit of her destiny. Born as a peasant girl in 1412, Joan knew from an early age that she was destined for greatness. Around age twelve, she began receiving messages from the Divine, urging her to lead a pious life as the designated savior of France. By eighteen, Joan successfully led the French army in a victory which enabled King Charles VII to be crowned king once more, saving France from English takeover. Joan was at King Charles VII's side and remained an important leader of the French army until her capture and ultimate death. After Joan's death, King Charles VII ordered an investigation that declared Joan of Arc to be officially innocent of all charges and designated a martyr. She was canonized as a Saint on May 16, 1920.

Each candle comes with a prayer to the patron saint, holy oil as part of the wax, and a prayer coin embedded into the candle. Before the first lighting, read out loud the prayer to the patron saint, then light the candle. Once the wax has burned all the way down after many uses, remove the coin at the bottom and keep it in your wallet, purse, or car - or bury it in your yard as a way of blessing the entire household.